If people aren’t excited and energized about going to work, things must change. After all, you spend one-third of your time at work. Fun must be part of an organization’s strategy. Look at the list of companies that make fun part of their strategy and culture: Southwest Airlines, Starbucks, Disney, Nordstrom, Walmart, Trader Joe’s, and Land’s End. What else do these organizations have in common? They are all very profitable!

I can think of four specific benefits for businesses that encourage fun:

The first time I flew Southwest Airlines I was amazed by every employees’ high energy and enthusiasm, without exception. All of them were having fun and enjoying their work, from the baggage handlers, reservations agents, and gate attendants, all the way up to and including the pilot. As I waited for my flight, I observed how the employees’ positive attitudes and infectious enthusiasm spread to the passengers. Everyone was smiling, upbeat and having a good time. No wonder Southwest is so profitable.

Jeff Wolf is the author of the international best-seller Seven Disciplines of a Leader.

A dynamic speaker and highly requested executive coach he was named one of the country’s top 100 thought leaders for his accomplishments in leadership development and managerial effectiveness. 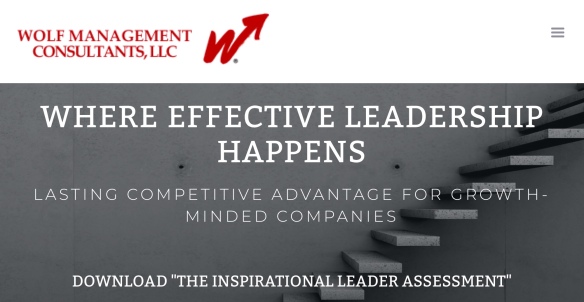 Our new homepage…click to visit!

We are very excited about our redesigned website, which makes it easier for you to find solutions to your needs, and invite you to visit us at www.wolfmotivation.com.

We are still a results-oriented, solutions based firm that handles the challenges of today’s businesses – at every level of an organization. Our team of outstanding professional consultants, coaches and trainers stand ready to assist you to achieve your goals.

To date, over 200 clients have put their trust in us to help their people, teams and organizations achieve maximum effectiveness. We appreciate that trust and will continue to strive for excellence each day to exceed our client’s expectations.

The world is rapidly changing, and we’ve added many new programs to keep you at the forefront of your industry. If you see something you like, please contact us and we’ll be happy to discuss how we may partner together to fulfill your needs.

1. Leaders DO Make a Difference

An organization’s fate is determined by the quality of its leadership. Good leaders can take a faltering business and turn it into an innovative powerhouse. By the same token, mediocre leaders can run even world-class brands into the ground. We’ve seen enough examples of both scenarios to know they really happen yet many leaders don’t understand how to emulate the success stories and avoid the cautionary tales.

2. It’s All About People

How do workplaces create an engaged workforce of employees who do excellent work because they want to? Leaders need to motivate their people and teams to achieve peak performances, teamwork and personal satisfaction.

3. The Most Productive Organizations Are the Result of High-Performance Teams

Strong teams drive organizational success, and the most productive organizations are those that have strong, high performing teams of people working together to produce extraordinary results. When you combine ideas, talents, personalities and abilities together to complement one another, the outcome is an unbelievable success story.

We are living in a VUCA world…volatile, uncertain, complex and ambiguous. In order for organizations to remain competitive, leaders have to be flexible, adaptable and agile. They have to be responsible for driving change and innovation throughout the organization for current and future success.

5. The Most Effective Leaders Are Coaches

When leaders master the art of coaching, their direct reports become highly engaged, loyal to the organization, enthusiastic for the work they do and stay with the company. Coaching is a skill to be embraced as a superior management tool. Effective coaching ultimately reduces turnover and improves productivity.

Jeff Wolf is the author of the international best-seller Seven Disciplines of a Leader.

A dynamic speaker and highly sought after executive coach, Jeff was named one of the country’s top 100 thought leaders for his accomplishments in leadership development and managerial effectiveness.

Alfredo, a native-born Italian, was senior vice president and general manager for a plastics extrusion company in Rimini, Italy, a division of a U.S.-owned multinational plastics company.  Alfredo had taken an operation on the verge of collapse and turned it around into a highly profitable venture, thus becoming a star performer in the eyes of the company’s leaders. He was promoted to executive vice president and brought to the States.

Alfredo faced a similar situation in his new job.  The company was going through a bad period: worldwide sales had flattened, costs had risen beyond expectations, profits had tumbled, and employee disengagement was at a peak.  The performance of company managers and workers had plummeted as everybody was afraid of what the future held.

Then suddenly, the CEO died from a heart attack, and the board appointed Alfredo as interim CEO to fill the void and prevent panic.  Alfredo rose to the challenge. Using the principles espoused in our Leadership Development Program, he took these steps:

First, Alfredo insisted on absolute integrity from himself and the employees of his company.  He set the example by telling the truth, even when it hurt (as it so often does when prior leaders concealed unpleasant truths), and he “walked the walk.”

He focused his attention on the people who worked for him, and on managers, supervisors, and workers – everyone.  Alfredo understood that great things can only be accomplished by great people, and he set an example that earned the trust of the people in his company.

He knew where he wanted to bring the company and he clearly articulated his visionand ensured that every employee in the company, from workers on the firing line right through his executive staff, understood what their roles were.

Knowing that capable employees leave the company when they lose faith in their leaders, he conducted assessments that enabled every employee to be heard. Alfredo went to great pains to listen to employees and assure that problems hindering them were corrected.

Alfredo realized that constant training and learning better ways to achieve his goals were key to not falling behind his company’s competition, and he extended that philosophy to the rest of the organization by implementing training programsfor employees, both in hard and soft skills.

Alfredo personally coachedhis direct reports to help them overcome obstacles and improve their leadership abilities.  He also assured that high potential leaders throughout the company were identified and received personal coaching. He understood that the company’s life-blood and future was invested in high potential leaders and that he could lose them if they didn’t receive the grooming they needed and deserved.

He went out of his way to ensure that employees worked in an environment that encouraged people not only to work hard but to enjoy what they were doing. Accordingly, he appointed two CFO’s, the traditional chief financial officer and a chief fun officer whose duty was to create ways for employees to have fun at work.

Within a few months of Alfredo taking the helm of the parent company, improvements were noticeable across the board in every function of the company. By the end of the year, the company’s fortunes had improved dramatically.

LOOKING FOR A FRESH PERSPECTIVE?

Jeff Wolfis the author of the international best-seller Seven Disciplines of a Leader.

A dynamic speakerand highly requested executive coachhe was named one of the country’s top 100 thought leaders for his accomplishments in leadership development and managerial effectiveness.

Contact Jeff today for your coaching needsor to speak at your next meeting or conference.

If you want your leaders to be great coaches, his program, Be a Great Coach, is now available at your location.

So, there you are, meeting day. You stand center stage with every eye on you as you clear your throat and prepare to present one hundred twenty-five slides with graphs, org charts, formulaic data and relative material to advance brand and image to the elite of the company. You have toiled for weeks gathering just the right graphics and insight into the mechanics of your presentation. You have quotes, P & L elaborations and are very aware of the mission statement and promises of profitability to the shareholders.
Off you go.
Halfway through slide three you note the wandering of eyes onto tablets and cell phones, slide fifteen watches are being checked, fifty-seven the front row if not nodding off are definitely fading, when you hit visual one hundred eleven even the CEO is dead asleep and the meeting is lost. But wait, you think, slides one twenty-three through one twenty-five remain for the big finish.
“Are there any questions? You ask.
The silence is deafening, finally, a hand goes up.
“Yes?”
“Is there lunch?”
Which awakens the CEO, “Lunch?” he exclaims, “Great meeting, Jenkins!”
Your name is Thomas.
As you commiserate over your cold sub sandwich down at the other end of the table the accounting intern is holding court.
“…because of that reality with my family, I became more aware that profitability begins with a relationship based on solid communication.”
There is a spattering of applause followed by comments.
“Great story Serena, there’s an application to our data team in that.”
Heads nod and eventually that CEO looks at you, “You get that, Perkins?”
You nod, “yes sir.”
“You might want to add something like that in your next presentation,” says the leader, followed by a pat on the back for Serena.
“Good point, sir”, you say with a half-hearted smile.
“Thanks for sharing that Serena, you definitely have a way with words”, with that he departs for his corner office.
Everyone exits with praises for the “intern” leaving you to clean up the room and begin the pity party.
“He knows her name?”
Success stories are more than “once upon a time” meets “happily ever after”. They are based where real people meet real situations resulting in real life. When we learn to incorporate where we’ve been into where everyone is, we begin foundational success.
For your next meeting, consider the three pronged approach to storytelling for communication.
Initiate– Open with intriguing life impacting content tied to the mission.
Elaborate– Paint outside the lines with the content that allows participants to create a conclusion.
Culminate– Narrow your content to focus on the cause and effect and bring the ending to support to the beginning.
Allow your audience to participate in your journey with stories and be amazed at what develops. It begins with the magic of a story that only you can tell.
# # #
Leon McWhorter is an award winning writer, producer, and director with over 30 years experience training executives, talent and support teams in the magic of storytelling for success. His background with all major media outlets (CBS, NBC, ABC and The Walt Disney Company) will benefit you and your team with keynote or training in the art of the story.
Learn more about Leon’s programs:
Contact Mike Adams at 858-638-8260, madams@wolfmotivation.com or visit us at www.wolfmotivation.com. 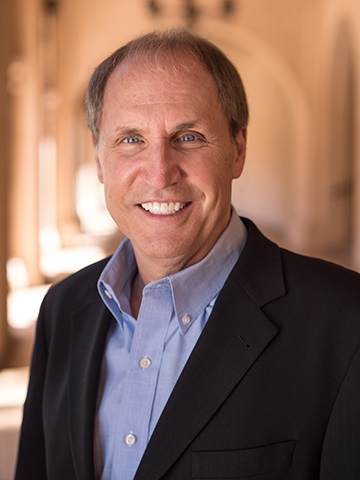 Jeff Wolf is founder and president of Wolf Management Consultants, LLC, a premier global consulting firm that specializes in helping people, teams and organizations achieve maximum effectiveness. He is the author of the international bestselling book, Seven Disciplines of a Leader, and coauthor with Ken Blanchard and Steven Covey of Roadmap to Success.